Mainstream catching up (very slow)...from the 1950's even cheaper and far more effective catalyst - made glaringly obvious in 1989 by Stanley Pons and Martin Fleischmann

Many researchers continue to hold hope for an eco-friendly hydrogen economy -- a comprehensive energy-delivery industry based on hydrogen.
Hydrogen can be burned to create heat or used in fuel cells to make electricity. It is also an efficient way to store energy. And unlike fossil fuels, which give off harmful emissions when burned, water is hydrogen's only byproduct.
But like so many other alternative energy panaceas, the technology remains prohibitively expensive. Oxidation-resistant noble metals, like platinum, which are used in water splitting devices, are rare and expensive -- limiting hydrogen's potential as alternative fuel source.
Catalysts are substances which lower the amount of energy necessary to initiate chemical reactions.
Researchers at the University of Wisconsin have discovered a cheap and efficient alternative to the use of noble gases as a catalyst in hydrogen production -- a combination of phosphorus and sulfur (common elements) and cobalt, a metal 1,000 times cheaper than the cheapest noble metals.
Because electricity is currently used to split water and produce hydrogen, some have questioned the true environmental benefits of a hydrogen economy. But engineers have been improving hydrogen-making technologies that use solar energy for water-splitting.
Researchers at Wisconsin say their new catalyst also works with sunlight-powered water-splitting devices.
"We have demonstrated a proof-of-concept device for using this cobalt catalyst and solar energy to drive hydrogen generation, which also has the best reported efficiency for systems that rely only on inexpensive catalysts and materials to convert directly from sunlight to hydrogen," Song Jin, a chemistry professor at Wisconsin, said in a press release.

Since the accidental discovery of hydrogen and oxygen production by sunlight alone, a byproduct of a certain mining process in the 1950s, mainstream is finally catching up to 'field' applications.

Water and Sunlight plus (?) the formula for sustainable fuel.

One step closer  "Band theory is a quantum theory developed in the first half of the 20th century to explain the electrical properties of substances. The theory is based on the idea of quantum energy states. Electrons in a substance either have both sufficient energy and free transition and, thus, are able to enter the zone of conductivity, or they do not, in which case it becomes what researchers call a "forbidden zone."
At the same time, preliminary estimates indicate that this effect is capable of opening a new path to faster computers. Motto transition occurs under the influence of several factors, including a magnetic field, which allows it to be controlled from outside. This makes it possible for researchers to permit current flow or to stop it at a necessary point. Such a scheme could replace common transistors and, in this case, allow them to be faster and more compact. But to do so, scientists must utilize the theory of Motto transition.
The theory belongs to fundamental conceptions explaining the electrical properties of a substance. It has a direct relation not only to Motto insulator behavior but also to superconductivity and the fundamentals of spintronics, a technology that could allow the control of electron spin. Superconductivity and spintronics are among those trends ......"
First electric circuit with a magnetic insulator using spin waves

Where there is a change in density, a spiral vortex appears, which is why everything in the universe on all scales is constantly spinning. There are 122 orders of magnitude difference in the density of space from the cosmological level to the quantum level. Where this nearly infinite gradient changes, you see spin, in the form of a galaxy, a star or an atom depending on what scale you are looking at.

More on the origin of spin:
http://www.youtube.com/watch?v=tu62gxrZm0g
Posted by Unknown at 11:56 AM No comments:

Researchers use laser to levitate 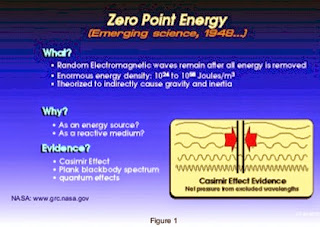 LOOK TO THE SIDEBAR REFERENCEING OTHER CORE GROUNBREAKERS: Paul LaViolette, Eugene Franklin Mallove, Burkhard Heim, Nikola Tesla, Moray B. King, Joseph R. Farrell, Rho Sigma, T Towsend Brown, Brian O’Leary, ….to name just a few who revealed glaring gaps in the Standard Model fundamentals……….which my mentor so seamlessly filled with a stark and unarguable simplicity   =========
IN SUMMARY,  E=MC2, THE EXTENDED VIEW with C as the
Radius of Curvature of all Natural Law

Radius of Curvature of all Natural Law:
Get Connected: .http://getconnected.resonance.is/connect/

Posted by Unknown at 8:05 AM No comments:

"Thermodynamic time runs backwards..." Beating around the bush - How much longer?

The negative component of the natural laws (space time mass matter energy gravity) continues to crop up whenever measurements with scale in-variances/energy differentials are considered between reference points, which approach and exceed the quantity C.  How much longer can one keep beating around the bush, ignoring the larger dimension/scope of E=MC2 and NOT take into account the full meaning and properties of the CONSTANT C, Light? The new area law states that the area of a future holographic screen (the solid blue line in [a]) is always increasing in one direction, while the area of a past holographic screen (the solid blue line in [b.]) is always increasing in a …more
(Phys.org)—Black holes are known to have many strange properties, such as that they allow nothing—not even light—to escape after falling in. A lesser known but equally bizarre property is that black holes appear to "know" what happens in the future in order to form in the first place. However, this strange property arises from the way in which black holes are defined, which has motivated some physicists to explore alternative definitions.

The quantity C (velocity of light) is the radius of curvature of all natural law, the pivotal point upon which the natural laws become manifest, the kinetic energy equivalent of the mass energy of matter.

The Quantity C is the radius of curvature of all natural law, meaning if a differential of energy equal to this quantity exists between the observer and the point which he is observing, the natural laws will be suspended. If the energy differential is in excess of the quantity C, the laws will appear to operate in reverse at that point.

While we have repeatedly referred to the quantity C as an energy differential, we have heretofore considered it only in terms of kinetic energy. Some may believe that it can be reached only when there is a rate of increase or decrease in the degree of spatial separation between the reference points, equal to 3x10(10) centimeters per second, or in simpler terms, a velocity equal to that of light. It is necessary therefore to point out the fact that an energy differential does not necessarily manifest itself as a velocity. It can also exist as a frequency. Our present laws of physics state that the energy level upon which an electron, a photon, or other particle exists is proportionate to its frequency. The mathematical rule is E equals Fh, where E is the energy, F is the frequency and h is a factor called Planck's constant.  We can now see that a frequency differential which by the above formula is equal to 9x10(20) ergs per gram also represents the quantity C.

When such a frequency differential exists between the observer and the point which he is observing, we again find that the natural laws at the observed point reach zero value with respect to the observer. If the frequency differential exceeds this value, the action of the laws will become negative. A material object such as a spacecraft upon or near the surface of the earth would cease to exist as matter and would enter the plane of energy insofar as the observer on earth was concerned, but as we have previously pointed out, an observer upon or within the object, whose frequency or energy level had been raised to the same degree as that of the craft, would be unable to detect any change.