Space as Observed through the Curve of Radius Light

Space as Observed through the Curve of Radius Light

Leo Smolin writes in Time Reborn, “nothing is more commonplace than space, yet when examined closely, nothing is more mysterious”. He believes that time is real and is essential for a fundamental description of nature, but that space will likely turn out to be an illusion based on current studies in casual dynamical triangulations, quantum graphics, loop quantum gravity….
Haramein’s work penetrates directly into the common sense fundamentals of space, demonstrating that it is the space that defines matter and not matter that defines space; space being the sole criterion, linking everything in the universe, from the largest to the smallest scale, through a unified understanding of gravity.

While both Smolin and Haramein question the fundamentals of our incorrect interpretation of space, with Haramein’s results profoundly more accurate, let us take a look at Space through the curvature of natural law, symbolized by the ancient Yin Yang icon representing the +/-  (positive/negative) curve characteristic whose radius is the quantity C (light); in effect demonstrating why light is the kinetic energy equivalent of the mass energy of matter. As this correctly interpreted application of E=MC2  continues to unfold, "beam me up Scotty" will seem like child's play.

A presentation by Nassim Haramein at the COGNOS FEST in Spain from 2010.
http://resonance.is/
The Resonance Project ~ The Resonance Project - Página Oficial Hispana   https://www.youtube.com/watch?feature=player_detailpage&v=W7UOCw-FsIc&list=PL95ShunremB_I5G6wfAJtCVAbbKmoUBix

Chapter 4, StareSteps 3  (My apologies, Fuel2000 StarSteps site and links are down for the moment – please use below links) 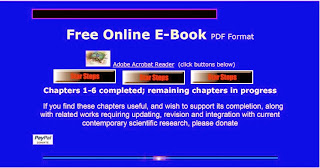 If we exchange our postulate of linear laws and a "curved space" for a concept which incorporates the curvature of natural law, we find that we have not thereby destroyed or invalidated any of our present mathematics, but we have achieved a position from which the operation of the natural laws can be pictured by the mind and can be charted upon paper. Thus we have taken a great stride in the direction of understanding.

Among all of the great basic factors of the Universe, perhaps the most difficult to explain is that which we call space. While many of our greatest philosophers and scientists have attempted definitions, few have succeeded in offering anything which the average mind could readily grasp. The German mathematician Leibnitz said, "Space is simply the order or relation of things among themselves." Several centuries afterwards, the late Dr. Einstein used almost identical terms. "Space has no objective reality except as an order or arrangement of the objects we perceive in it."

The average man's definition of space is: "That in which matter can be placed" or "that which matter occupies." This last definition is subject to dispute by those who maintain that matter does not occupy space, but is itself, only a warp or distortion in space. Another school of thought insists with equal vigor, that while matter does occupy space, it creates a warp or distortion in the space surrounding it. Since both of these concepts are subject to the same set of mathematical laws, the same laws can be offered in support of either. There is little, however, in either of these postulates which seems to furnish a good foundation for understanding and it is understanding rather than algebraic formulae that we are seeking in this discussion.

For our purpose a simple definition will suffice. Space is that which separates bodies of matter, whether these bodies be atoms, galaxies or any component part of either. We can extend his definition by stating that the degree of separation which exists between any two bodies is determined by the degree of curvature of the natural laws which exist between them. In making observations, of course, we must remember that, since the natural laws are relative, the mass of the body itself influences the degree of curvature. In the theories of relativity given to the world by Dr. Einstein, the natural laws, in general, retain their linearity, but the space in which they operate is considered to be curved. This concept offers the simplest mathematical presentation, since all of the observed deviations from linearity can thus be explained by a single postulate. Unfortunately, like most of our mathematical presentations, the concept offers but little for the mind to grasp. A curved space can not be pictured mentally, nor can it be drawn upon paper. There is always something remaining outside the curve.  Furthermore, attempts to rationalize this concept lead to many paradoxical statements which become more and more evident, the greater the effort to explain.

One of the best efforts to bring to the average mind an understanding of the principles of relativity, was made by Lincoln Barnett in his well known book, "The Universe and Dr. Einstein." Because of its careful preparation and its explicit presentation of present theory however, it brings out very clearly the paradox which must exist between successive assumptions. For instance: reference was made, as has already been noted, to the theory of Abbe Lemaitre, which supposed that at one time all the matter in the universe was contained in one huge lump or star. Since the curvature of space is considered to be determined by the amount or density of the matter present in it, at that time the universe was very small. That is; it had a very high degree of curvature. Light and other forms of energy do not move outward from this curve, but follow the circumference, so that the light emitted by this body, after a comparatively short journey, returned to its starting point. No attempt was made to speculate upon the length of time in which this body had existed, or the origin of the matter and energy of which it was composed. The theory merely supposed that, after perhaps an infinity of quiescence, this body suddenly exploded. Portions of the mass moved outward in all directions and thereby enlarged the radius of space. If the radius of space was increased, it is obvious that the matter did not follow the curvature of space, but actually moved perpendicularly to it, (or perhaps at a tangent). At any rate, we see that while the radiated energy followed the "curvature" of space whose radius was determined by the mass and density of the matter, when the matter itself expanded, instead of following the curve, its motion increased the radius.

It is interesting to note that the statement is repeatedly made that this sudden expansion began about two billion years ago, yet in the preceding paragraphs it has been stated that the calculated radius of the universe is now 35 billion light years. Simple calculation would indicate then that the universe, or at least that portion which we call space, must have moved outward at an average velocity equal to about seventeen times the velocity of light. Either this velocity of expansion is still maintained or at some period in the past it must have been greater*

·        It has since been announced by Walter Baade of the Mount Wilson and Palomar Observatories that, as a result of the recalibration of the cephid variable stars, the previously calculated size of the universe must be increased by a factor of 2.8  * However the correction factor also applies to the time of expansion, so that the rate of expansion remains the same. * Note that these statements about the size of the universe were made in 1965 and subsequent discoveries and recalculations would merit the same consideration regarding the rate of expansion. ______

These statements raise some perplexing questions. In our theories of relativity it is assumed that light follows the "curve" of apace. Yet it is difficult to picture a photon following a curve whose radius is expanding at a rate equal to seventeen times the velocity of the particle.

In the book "The Universe and Dr. Einstein" it is also stated that: while space is expanding rapidly, the matter of the universe, which is likened to “inelastic patches on the surface of an expanding balloon” is not expanding with the space, since if it were,  we could not detect the expansion.

If it is space that is expanding, it is difficult to understand why we have never detected the increasing distance between the earth and the moon or the sun. No attempt was made to explain why the space which exists between the individual atoms, and between the component parts of those atoms, should not expand also.

None of these difficulties, of course, invalidate any of the mathematical laws from which the concepts have been derived, but they do emphasize the great need for explanations which are more compatible with reason and understanding. For instance, in the above case would it not be simpler to assume that the degree of separation which exists between the galaxies, when considered as individual bodies, is apparently increasing because they occupy opposite portions of the sine curve of natural law?

If we exchange our postulate of linear laws and a "curved space" for a concept which incorporates the curvature of natural law, we find that we have not thereby destroyed or invalidated any of our present mathematics, but we have achieved a position from which the operation of the natural laws can be pictured by the mind and can be charted upon paper. Thus we have taken a great stride in the direction of understanding.

In summing up our discussion of space we should recall__

1. Our definition: Space is that which separates bodies of matter. This separation is a vector function of the time, energy and mass differentials.

2. The degree of separation which exists between any two bodies, or reference points, determine the degree of curvature of the natural laws between them.

3. The natural laws are relative. That is, the value of one can be altered between any two reference points by altering the value or relationship of the other. This last fact should always be borne in mind when we hear some dogmatist solemnly declare that we are forever barred from reaching the stars by the hopelessly great degree of separation which exists between us.