Is there a limit to how dense an object can be?  “….maybe there are no limits to density!”

Explaining a mysterious barrier to fusion known as the 'density limit'   ..... For more than 50 years physicists have puzzled over a daunting mystery: Why do tokamak plasmas spiral apart when reaching a certain maximum density and halt fusion reactions? This "density limit" serves as a barrier that prevents tokamaks from operating at peak efficiency, and understanding what sets this maximum density would speed the development of fusion as a safe, clean and abundant energy source. Recently, researchers at the U.S. Department of Energy's Princeton Plasma Physics Laboratory (PPPL) have revisited an old idea: bubbles called magnetic islands.

Daring move for first US-China fusion team by Staff Writers,  Washington DC (SPX) Nov 13, 2015.   The way to increase the power and efficiency of magnetic fusion energy may be to risk running the plasma - hotter than 100-million-degrees C - closer than ever to the wall...


Computers uncover mechanism that stabilizes plasma within tokamaks   A team of physicists led by Stephen Jardin of the U.S. Department of Energy's Princeton Plasma Physics Laboratory (PPPL) has discovered a mechanism that prevents the electrical current flowing through fusion plasma from repeatedly peaking and crashing. This behavior is known as a "sawtooth cycle" and can cause instabilities within the plasma's core.

New Super H-mode regime could greatly increase fusion power   100 million degrees Centigrade. His surprising discovery was that a model called EPED predicted more than one type of edge region in tokamak plasmas, with the previously unknown Super H-mode among them.  Such regions are called "pedestals" because they serve as ledges in H-mode plasmas from which the pressure drops off sharply. The higher and wider the pedestal the greater the density and pressure, which together act like thermoses to contain the man-made plasma at more than 100 million degrees C. 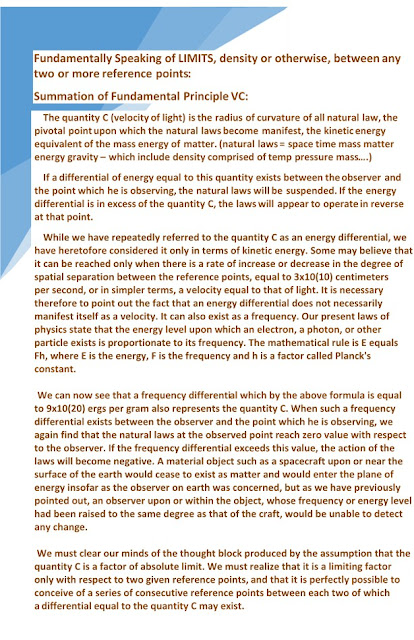 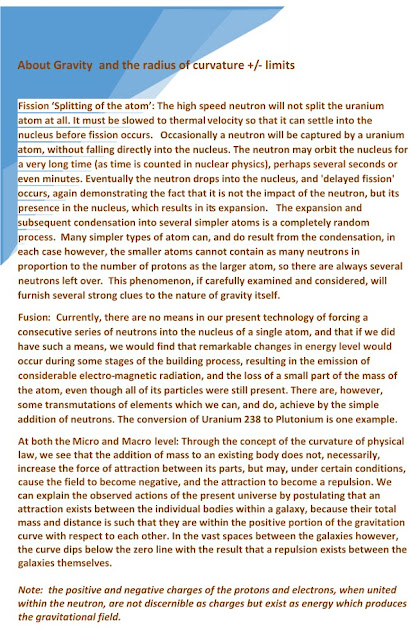 NIF is also in the fusion fray 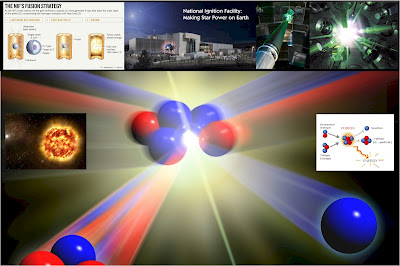 One such study Density limit in a ﬁrst principles model of a magnetized plasma in the Debye–Hu¨ckel approximation  appears to be taking a more integrated variable approach:  Lorentz force, Coulomb force, velocity, magnetic ﬁeld, absolute temperature, kB the Boltzmann constant, the discrete nature of matter, the contribution of the ions, the boundary eﬀects, and the inhomogeneities of the macroscopic quantities characterizing the plasma, such as temperature, magnetic ﬁeld and density. More in general, one should consider relativistic eﬀects (the constant C), i.e., the retardation of the ﬁelds, and thus emission of radiation.

Greenwald Limit    nG=Ipπa2
where nG is the density in 1020 m-3, Ip the plasma current in MA, and a the minor radius in m.
In tokamaks (and Reversed Field Pinches[2]), exceeding the Greenwald limit typically leads to a disruption, although sometimes the limit can be crossed without deleterious effects (especially with peaked density profiles). Stellarators can typically exceed the Greenwald limit by factors of 2 to 5, or more (replacing Ip by an equivalent current corresponding to the magnetic field).
The mechanism behind this phenomenological limit is not fully understood, but probably associated with edge gradient limits. Recently, an explanation based on the formation of magnetic islands was
However, for what concerns the analytical side of the problem, in order to produce more exact ﬁts with the experimental data one should push the theory much more forward. First one should settle the problem of the contribution of the ions, and include sustainment in the model. Then one should consider the boundary eﬀects, and the inhomogeneities of the macroscopic quantities characterizing the plasma, such as temperature, magnetic ﬁeld and density. More in general, one should consider relativistic eﬀects, i.e., the retardations of the ﬁelds, and thus emission of radiation. Furthermore, one should consider higher order perturbation eﬀects, going beyond the Debye–Hu¨ckel approximation. Useful information on all these problems should also be obtained through numerical studies, along the lines for example of the recent work [42] on strongly coupled plasmas.
We will show that this leads to a theoretical electron density limit ne given by the law
ne = 3
B2 µ0mc2
, (1)
where B is the magnetic ﬁeld, µ0 the vacuum permeability, c the speed of light and m the electron mass. Using ne = 1/a3 where a is the mean interelectron distance, relation (1) can also be put in the particularly expressive form
1 2µ0
B2a3 =
1 6
mc2 , (2)
according to which the transition from order to chaos occurs when the magnetic energy inside a cell of volume a3 = 1/ne just equals (apart from a factor 1/6) the electron rest energy mc2. We will show below that the theoretical formula (1) ﬁts not too badly the phenomenological density limit for plasma collapses in a large set of fusion devices, and this suggests that the contributions of the ions, which we have here neglected, should be of the same order of magnitude as that of the electrons. This conjecture is supported by a further result, which will be published elsewhere (see [10] for the case of a smeared out background). Namely, one can discuss the stability properties of the equilibrium solutions of a neutral system of electrons and ions in a constant magnetic ﬁeld, and one ﬁnds a bifurcation to an unstable solution, at a critical density which is the same as (1) apart from a factor of order one.

The Sun (macro) is a massive atomic furnace that works by converting hydrogen into helium. Hydrogen is the lightest and most abundant element in the universe. It has one proton in its nucleus. Temperatures and densities in the centre of the Sun are so great, 1.5 million°C and around 200 billion atmospheres, that colliding hydrogen nuclei sometimes fuse into helium nuclei. The creation of each helium nucleus requires four hydrogen nuclei.

Figure 1 - Extreme ultraviolet imaging telescope image of the Sun.
From SOHO project (http://sohowww.nascom.nasa.gov/)
One helium nucleus has 99.3% of the weight of four hydrogen nuclei. This excess 0.7% of hydrogen mass compared with helium mass is converted into energy. In perspective, the Sun converts 600 million tons of hydrogen into 596 million tons of helium every second. The extra 4 million tons is converted into energy - in this case radiation in the form of gamma rays.

Figure 2 - The fusion (micro) of four hydrogen nuclei to form one nuclei of helium.
You can imagine the enormity of the energy generated when you realise that, given Albert Einstein's famous equation E=MC2, the 4 million ton differential is multiplied by the speed of light, squared. This energy is so great that the Sun gives off 6200 watts of light from every square centimetre of its surface. Compare this to a 60-100 Watt domestic light globe. As far as we know, the Sun has been giving off this light steadily for the last 4.5 billion years, 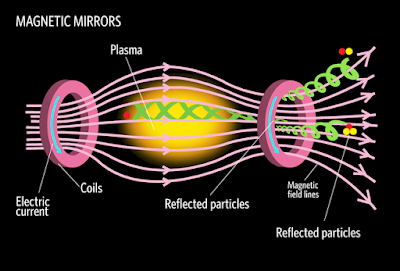 Posted by Unknown at 9:14 PM No comments:

Walter Russell:  "Electricity manufactures all of the qualities and attributes of light in wave motion which we think of as substance. Density, alkalinity, acidity, conductivity, pressures of heat and cold, and even appearance is given to waves of light by the two electrical workers which build up the universe and tear it apart in polarized fields measured out by the two magnetic surveyors which keep all electric actions in balance with their reactions.
"And you pick up one of these products of wave motion and say, ‘This is a piece of steel,’ or ‘This is an apple’ without the slightest realization that sudden withdrawal of the electric power which brought that state of motion into being would blow you and it, and a mile or more around you, into nothingness of the equilibrium from which you were electrically assembled.
"And that is what radio-activity is, a quick return to the state of rest which underlies the spiritual or invisible universe. And that is what a lightning flash is, as contrasted to a flame which is slower to return, or to decay which is a still slower return.
"And so," said Mr. Russell, "our creative thinkers in the laboratories of the world must look primarily to light, which is the foundation of the universe, and to the wave, within which the secrets of creation lie, and to what electricity does with light, and to the why of it, and to the why of energy electrically expressed instead of to substance, to perform tomorrow’s miracles."

“The vector equilibrium is the true zero reference of the energetic mathematics… the zerophase of conceptual integrity inherent in the positive and negative asymmetries that propagate the differentials of consciousness.” - Buckminster Fuller, Synergetics

Sepp Hasslberger   Wal Thornhill, one of the initiators of the Electric Universe project, talks about our gravity. We have no good conceptual understanding of what brings about gravity. We know of its existence, we have formulas to describe it, but we don't really know what causes it...

A Good Early Surface Overview of Gravity -
(Prelude to the Electric Nature of Gravity:  the positive and negative charges of the protons and electrons, when united within the neutron, are not discernible as charges but exist as energy which produces the gravitational field.)


The Force of Gravity | What is Gravity - Full Documentary HD


As we discover new relationship patterns of reality/physics, we would do well to 'KISS' (keep it simple, stupid) by relating new discoveries to underlying, fundamental expanding patterns, rather than dissecting, separating into tangent novel realities, using disconnected nomenclature and twisted, forced to fit, connections........ as.....
NOW LIGHT HAS ANOTHER SPEED  -To infinity and beyond: Light goes infinitely fast with new on-chip material

We should long be past these earlier versions of scientific fundamentals as demonstrated by the following: Remember the story of the child who was informed by his Sunday School teacher, "From dust ye came, and to dust ye shall return," (no doubt referring to Wise King Solomon's word's: "All go unto one place; all are of the dust, and all turn to dust again.") At home the little boy happened to roll a ball under the bed, and came running to his mother, exclaiming excitedly, "Mommy, Mommy, come quick! There's somebody in the bedroom under the bed!" or NIST team proves 'spooky action at a distance' is really real.   There is nothing spooky when circumventing space and time, or I might add, movement from one point to another, WITHOUT going through all points in between - but only when a common denominator is applied with upgraded definitions to the relevant factors of nature - space time mass matter energy gravity

Posted by Unknown at 2:29 PM No comments: